This transmittal represents a fictitious town square that could exist anywhere. Town Square, Anywhere is a geo-typical urban environment generated by the Institute for Defense Analyses (IDA) Terrain Team. Their objective is to produce realistic and detailed urban databases that provide an interactive, low cost and non-intrusive training environments. The IDA Terrain Team has produced a series of highly accurate 3-D visual representations of specific environments and correlated 2-D representations for semi-automated forces applications. This is their first geo-typical terrain data base.
. 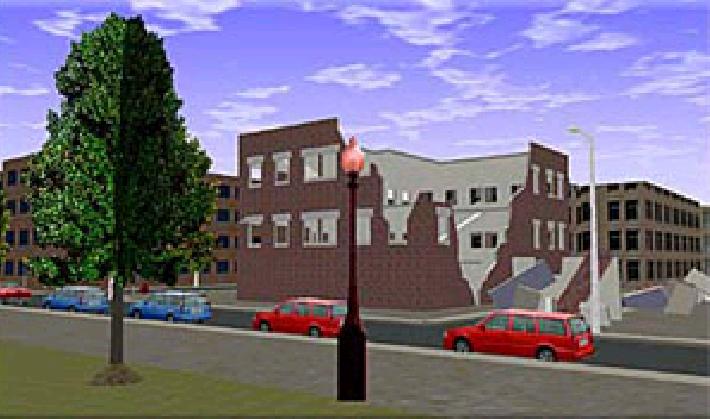 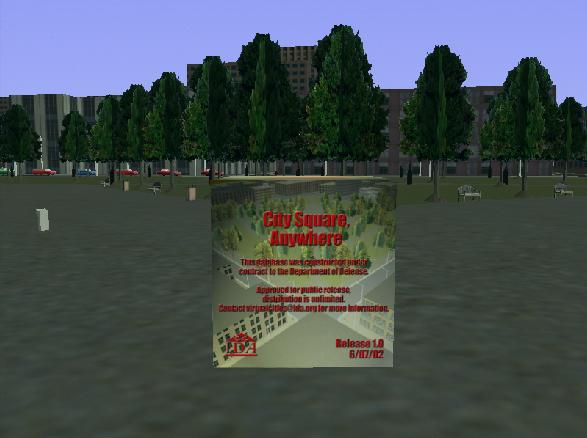 Over the past couple of years, and especially after the events of 11 September 2001, there has been an increasing demand for realistic urban environments to support interactive, virtual reality training, mission rehearsal, equipment development, and a variety of other requirements.

The majority of the Virtual Cities that have been built for the Virtual Emergency Response Training System program have been actual cities constructed from the geographic information system (GIS) data provided by the cities. The cities, and our DoD sponsor have put restrictions on providing these cities for other than "official business" use.

Town Square was constructed using the same procedures as used for the "Virtual Cities" but we have inserted generic buildings, stylized additions, and representative artifacts. It is not a real place, but it is a very realistic rendering of a portion of an urban city. Our DoD sponsor has approved the release of this database as "Distribution A, Unlimited", to support the training and developmental efforts both in the military, the civilian first response, and civilian developmental communities.

The associated 3D models are likewise provided to permit the users to create their own training scenarios or vignettes to support their training needs.

This data set is compliant with SEDRIS 4.0.x.

Send email to help@sedris.org / se-ida@sedris.org for questions or assistance in using this data set.

As a minimum, please provide the following in your email: